Kinetic art is the most satisfying when it works and crippling to the ego when it does not. My process is to try to identify the probable movement and likely failures and then test both. Fire, gravity, wind or some combination of those are my usual impulse forces. When fire creates movement and destruction simultaneously there is an immediacy to the event where time races against collapse. The balance of the two creates a moment where you root for the fire to lose to the movement for as long as possible.

Kinetic fire art has an obvious near-universal appeal. If something big is on fire, a crowd will appear, whether it is a pile of wood, an intentionally designed structure or an apartment building. For me the unbridled power of heat and destruction can also create an transformative experience where the flames create as they consume. The audacity to manipulate flames and heat contains a willingness to fail or allow serendipity to create an experience outside the control of anyone involved.

Click the links below to view video of one of these sculptures as it is incinerated.

The Peshtigo, named after the tragic forest fire in 1871 which claimed 2500 lives on the same night as the Great Chicago Fire.
https://goo.gl/photos/LzAWDn4UyBGTjGK17 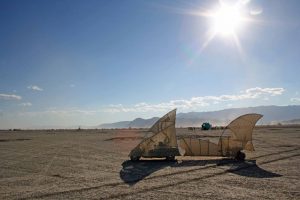 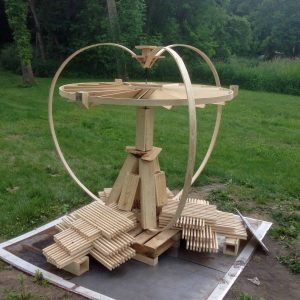 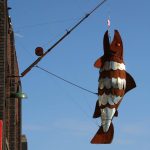